For Asheville residents who follow local politics, September is an exciting month.  This is when campaigns really start to pick up in anticipation of the fall primary at the beginning of October, and the general election in November.  There are a number of major issues to be addressed in this election, and not the least of them are directly related to real estate.  To better understand some of these issues, and to get acquainted with one candidate for office, we sat down with Asheville mayoral candidate Jonathan Wainscott to ask about affordable housing, short-term rentals, and property tax increases, as well as his campaign for Mayor of Asheville.

that one place for 18 years and been able to watch the growth of Asheville as a whole.” Some of that growth has been exciting, and other aspects have been harder to accept.  This, in part, is what drove him to become involved in politics to begin with.

“I ran for city council four years ago, and a lot of that was [because of] seeing the New Belgium development, which I would say I’m deeply ambivalent about.” While Wainscott did the benefits of this development, he also had concerns about its effects. “The impact on West Asheville, and the traffic, and the scale of operations, is what concerned me, and…the way the city financed and gave these incentives that we could never ever offer to another company ever again. That just opened my eyes to all of the other civic issues and I became very practical in trying to figure out how to deal with New Belgium’s truck routes – I’m a designer, builder, hands-on kind of person, so I’m always looking for the practical and tangible solutions to things and then looking at that other problems the city has.  That’s what I’m trying to bring to each issue.”

A few of those issues are directly related to real estate, one of the most widely discussed being the regulations that surround short-term rentals within the city.  Some residents estimate that they have lost tens of thousands of dollars in potential revenue due to the regulations, while others feel that they have made neighborhoods safer and quieter. Wainscott comes up somewhere in the middle of the issue, with personal experience to back his stance. “I fully intend on finishing my basement in my 92-year-old house to add space to be able to use for myself, personally, but if I don’t need it all the time then I can Airbnb it out under the current home stay regulation, which I’m obviously fully in favor of.”

The home stay regulation to which he refers is the current regulation on short-term rentals, which allows homeowners to rent out portions of their property, but only if they or the primary resident is living at the property the entire time.  This, Wainscott feels, is a happy medium – it allows homeowners to bring in extra income for unused space, but prevents investors from purchasing homes solely for the purpose of renting them out to temporary visitors, which lowers inventory and drives up prices for long-term renters, while also creating potential legal and civil issues as well.

Part of the problem, he says, is that there is often little legal recourse for owners of short-term rental properties when something goes wrong. That puts the landlord in the position of having to foot a hefty bill for, say, repairs, and they have to account for that potential cost whether they stick with short-term rentals or transition into long-term rentals.

“The landlord needs to mitigate that financial risk by charging higher rents, more stringent security deposits and such.  Once a landlord has a few bad experiences and loses several months or has damages and all kinds of things, incurs legal fees, well of course they’re going to raise the rent to make sure that if that happens in the future they’re at least a little bit covered.”

This leads into another real estate issue facing Asheville – affordable housing.  Under the current system, affordable housing plans swing heavily in favor of renting rather than owning, which Wainscott sees as problematic.  “It is weighted 75% to 25% towards helping people rent, and I really think that ownership…[provides] equity in the house and that long-term wealth that establishes deeper roots of the people who are here.”

This problem, he says, is further compounded by the focus on promoting Asheville as a tourist destination.  “This all really comes to the huge amount of money from the hotel occupancy tax, which includes Airbnb and bed and breakfasts…[that] is being used by state statute to promote tourism in Asheville. It’s this positive feedback loop, which doesn’t mean that there’s a positive result, just that it’s cumulative – the more it goes around, the bigger it’s going to get the next time.”  This loop, he says, is a vicious cycle that only compounds itself as time goes on, and focuses on transient objectives rather than more permanent ones like creating truly affordable housing to meet the associated need.

The hotel occupancy tax, Wainscott says, is a county tax that is controlled at a higher level: “The state tells you how you can use that tax.  It is a state statute and it’s very specific.  75% of all of the money that comes in has to be used for advertising media to promote Asheville as a tourist destination.  The other 25% is still controlled by the Bunombe County Tourism Development Authority, to hand out in the form of grants for projects that promote tourism.”  In his opinion, this is not an appropriate distribution or use of the funds, and it’s one that needs to be renegotiated.

“We basically all need to come together and say ‘this isn’t working for us.'” 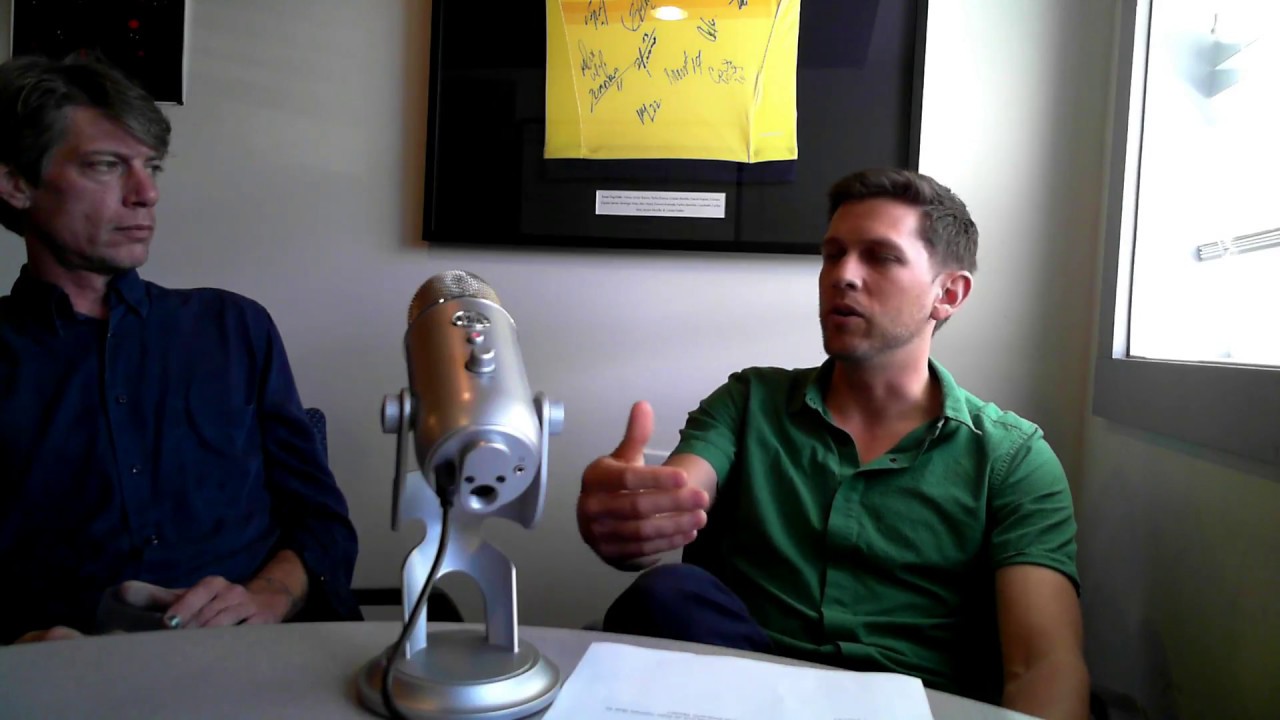 On the topic of taxes, we come to another real estate issue in Asheville: the property tax increase. Many residents saw significant increases in their taxes this year, and most aren’t happy about it. However, according to Wainscott, the majority of these increases were justified and actually reflect an increase in property values and, by effect, personal wealth.  And even though that wealth may only be on paper at present, if and when a homeowner eventually goes to sell it may prove to be well worth the increase in taxes.

“The property values are so high, that, yeah, your tax bill is high, but your personal wealth is also a lot higher too. Taxes are such a highly emotional thing for people that I don’t think that people break it down and see what it is.”

These are all important issues for voters to consider when heading to the polls, but, of course, there’s more to a candidate than just his stance on real estate issues. When asked what makes him a unique and ideal candidate for mayor, Wainscott had this to say about the office for which he is running:

“It’s part of a team, and…I think that I would do a better job being a captain of this team rather than just one of the players.  I want to bring that to the office of mayor and the body of council, and I think that an independent individual like myself, with the lifestyle and proclivities of an artist, is a lot more in keeping with the true unique nature of Asheville.  I think that the spirit of our uniqueness needs to come into the actual process and transform it from so much of a vibe to actually doing something.”

To learn more about Asheville mayoral candidate Jonathan Wainscott and his positions on these and other issues, voters can connect with him on Facebook @WainscottForAshevilleCityCouncil, on Youtube @Frontierhouse5, or on his website at MayorWainscott.com.