Energy efficiency is big business, and “green” is the major buzzword.  Many home builders, locally and nationally, have adopted these terms to appeal to environmentally-friendly clients – but what do they actually mean, and how can you know if the builder using them is reputable?

Beach Hensley, of Beach Hensley Homes, joined us at Asheville Cash Buyers to discuss what makes a home green, and how to determine whether a specific “green” builder is the right match for you. 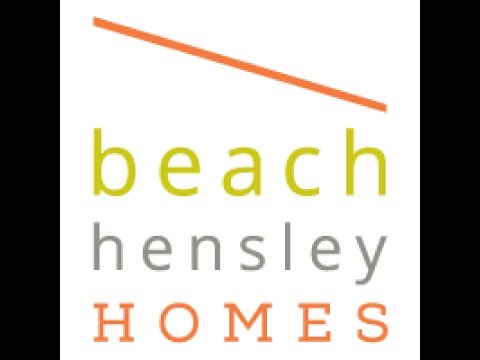 Beach Hensley Homes is one of the premier green builders in the Asheville area.  Its owner, Beach Hensley, is originally from the area, having attended Appalachian State and then come back to Asheville to start his career.  He worked for a number of general contractors in the city to get started, and then began his own business in 2005.  Initially, he performed mostly carpentry and remodeling work, then built his first spec house – one constructed without a particular buyer attached – in 2011.  The company currently does both spec and custom work.

Beach Hensley Homes builds “beautiful, healthy, economical, energy-efficient homes,” and has significant experience with what makes homes energy efficient.  So, what does it take for a home to be green?  “The simple, short answer is, the certification process,” says Hensley.   “We work with a local third-party rater who gives us a rating based on a point system established by either Energy Star or the Western North Carolina Green Building Association, and sometimes both, depending on what level of rating we’re looking for.”  What are these raters looking for?  “Everything from insulation value to heating and air equipment efficiency, fresh air ventilation, and then locally sourced products for everything from landscaping and mulch to the hardwoods and cabinets and such.”

Basically, there’s a lot to consider.  But, once, all of the elements have been addressed, a rating is assigned to the building to indicate its level of energy efficiency.  “It’s pretty much good, best, better.  Certified is the lowest level of certification, but it does pass and it is technically better than a code-compliant house,” Hensley says.  “That’s really what we’re comparing ourselves against, is a code-compliant house.”

But they’re not just comparing – they’re contributing as well.  According to Hensley, what constitutes a code-compliant home has improved significantly in the past ten years.  “A lot of what we’re doing in the green building industry gets adopted by the International Building Code and then the state code as well.”  This is good news for consumers looking to build an efficient and environmentally-friendly home, and it’s good news for builders like Hensley, who know that they’re making a difference in the industry as a whole.

That said, not every builder, green or otherwise, is created equal – so how can you know that the builder you’re looking at is a good fit?  Hensley has a list of three things everyone should ask a builder they’re thinking of working with:

To that last point, Hensley says that his company prefers the latter.  “We like to quote fixed price, and we get either quotes from vendors and subs or use historical value from another house that we’re currently building.”  This provides a base price according to the stock plan – Beach Hensley Homes offers two – that can then be altered and upgraded according to the client’s preferences.  And, as far as customization is concerned, the sky’s the limit.

To learn more about green building, or to find out about working with Beach Hensley Homes, visit them on Facebook @BeachBuilders!